When a computer is slow, it becomes frustrating to use. When you click on a program, it can take a couple of minutes to open. Sometimes, your computer can just freeze out and you have to wait several minutes for the cursor to respond. So, what could be the major cause of this problem?

Well, there are many factors that can cause performance issues with computers. In this blog, we would like to quickly discuss 5 of them.

RAM stands for Random Access Memory, which is the temporary memory consumed by running programs on your computer. In other words, RAM provides a memory space for any program that runs on your computer. Whenever an application is launched, it will need RAM memory to work. Many computer programs are memory hogging because they’re too heavy or they’re associated with so many background services.

So, this means that when your overall RAM is limited, you will notice a sudden change in your computer performance. The best solution is to upgrade RAM so you can have enough memory for any program to run efficiently. If you had 4GB RAM installed on your machine, you need to upgrade to at least 8GB, depending on the type of programs you run. For instance, if you run heavy software that involves high graphics rendering, you definitely need not less than 16GB of RAM to have efficient performance.

Additionally, if you’re running the latest Windows 10, at least 8GB RAM is recommended. This is because Windows 10 versions have lots of memory-hogging background processes and services that keep running and are good at consuming your computer RAM. 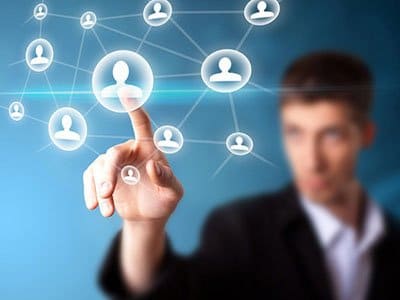 So, in order to be sure whether or not your PC’s hard drive is failing, you can always use tools like Hard Disk Sentinel to measure disk health. If you notice that your hard disk health has deteriorated to below 60%, then backup your files before it totally blacks out and avoid the risk of losing your critical data.

Malwares are rogue computer programs intended to disrupt the normal operations of your computer. Malware programs create undesirable issues that fit the true definition of a rogue application. For example, a malware can automatically launch itself and starts to run in the background. By doing that, it starts to hogg up all the CPU and memory resources hence compromising the performance of your computer. That’s why you need an Antivirus on your computer to protect you around the clock.

Running Programs in the Background

Many programs have a tendency of launching themselves in the background whenever you boot up your PC. Without your knowledge, these programs are likely to consume all the memory resources, which leads to slow performance issues. It is important to configure which programs are allowed to launch after your computer boots to avoid these kinds of scenarios.

Therefore, if you’re stuck with old tech, it is time to upgrade and move with the trend and benefit from it.